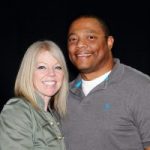 Marcus Belt and his wife, Faith, have adult children and grandchildren. Marcus serves in the orchestra and is active in the Berean Bible SS Class. Marcus previously served as a deacon, and Faith is the lay leader of the ladies’ ministry. The Belts have been members since 2016. 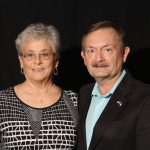 Dick Button and his wife, Kathy, have adult children and grandchildren. Dick serves as an assistant teacher in the Chapel SS Class and ministers in two senior adult care facilities. Dick also interfaces with our missionaries and keeps us informed on missions. The Buttons have been members since 2010. 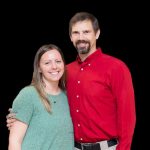 Michael Germany and his wife, Meagan, have three children. Mike previously served as a deacon and currently serves as our Junior High SS teacher and plays in the orchestra. Mike and Meagan are also very involved in our adoption ministry. The Germanys have been members since 2002. 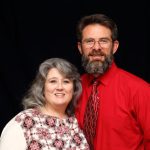 Darren Hawk and his wife, Laura, have adult children and grandchildren. Darren has taught in many different SS classes and helps teach on Wednesday nights. Presently, Darren and Laura are serving the 4-year-olds of Berean during the SS hour. Darren served as a deacon and as the chairman of the board previously. The Hawks have been members since 2001.