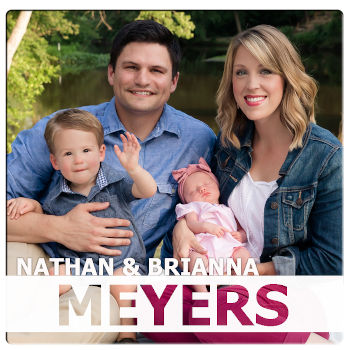 Nathan Meyers came to Berean Baptist Church in July 2016 to serve as the Children’s Pastor. His duties include overseeing the children’s Sunday school classes, directing Power Hour, supervising Awana, and teaching Bible at Berean Baptist Academy. Nathan has a BA in Biblical Studies from Louisiana Baptist University. He is currently attending Shepherds Theological Seminary in pursuit of a MA in Christian Ministry.

Nathan grew up in Northeast Missouri, where he was blessed to be brought up in a Christian home. He is the youngest of five children with three sisters and one brother. His whole family grew up loving sports and was very actively involved in them throughout school. After struggling for years with doubt, Nathan was saved at the age of 13 on January 19, 2003. Nathan surrendered to full-time ministry in the summer of 2011. He has continually helped with youth/children ministries since that time. Before coming to Berean, he taught and coached in Christian Education.

Nathan met his wife, Brianna, at Pensacola Christian College in the fall of 2011.  They were engaged in 2012 and got married on June 8, 2013 in her hometown of Jacksonville, NC. God has blessed them with a son, Levi James, born January 2018 and a daughter, Bethany, born May 2019. Nathan loves being active whether it’s sports, hunting, fishing, exercising, games, etc.